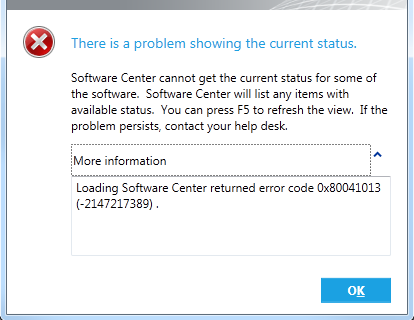 Examining the problematic systems revealed that the old SCCM 2007 client was not fully or properly removed, evident by files still remaining behind, one example being C:\Windows\SysWOW64\CCM. CCMSDKProvider.log was also logging exceptions being thrown about a WMI Provider load failure:

After some troubleshooting, it turned out that one of the earlier 2007 DLL files was still present in the registry and this problem seemed to affect 64-bit machines only.

We reached that conclusion by running WBEMTest and connecting to root\ccm\clientsdk (as evident by the log file above) and enumerating the classes present. The WMI provider for them had a CLSID of {555b0c3e-41bb-4b8a-a8ae-8a9bee761bdf} as shown below: 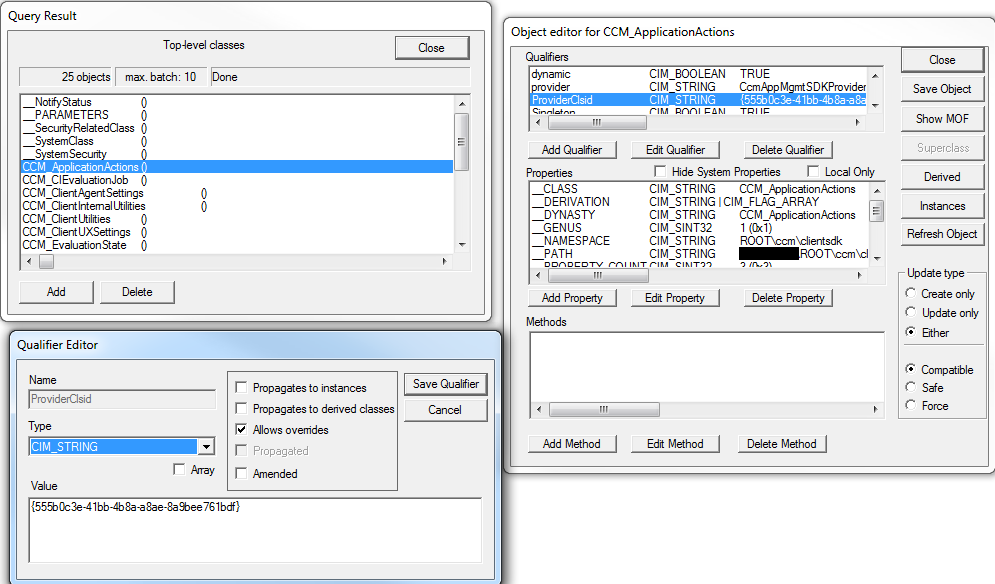 We searched the registry for this CLSID. Checking HKEY_CLASSES_ROOT\Wow6432Node\CLSID\{555B0C3E-41BB-4B8A-A8AE-8A9BEE761BDF}\InProcServer32 showed that “Default” still had a value of “C:\Windows\SysWOW64\CCM\dcmsdk.dll” which is from the 2007 client. We blanked the value present.

We checked the second “Default” value present in HKEY_CLASSES_ROOT\CLSID\{555B0C3E-41BB-4B8A-A8AE-8A9BEE761BDF}\InProcServer32 and found it contains the proper value for the 2012 client: “C:\WINDOWS\CCM\ccmcisdk.dll“. After blanking the first value mentioned above, the Software Center started to open and function properly without any errors.